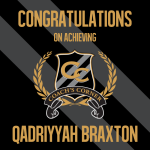 “I’m looking forward to see what the future brings in YTB. I’m so excited about the possibilities!”

Coach’s Spotlight shines on Qadriyyah Braxton who relates that everyone calls her Q. She and her husband Eric have two children, Aisyah (14) and Eric, Jr. (10) and they reside in Philadelphia, Pennsylvania.

She says, “It was June 27, 2012 when I was introduced to YTB by Syreeta Blackshear through a Facebook post that read “If you want to travel the world and get paid for it, inbox me.” So I did. And the rest is history! I work my business part time/spare time with the help of my husband, Eric. This week I was able to get my sister and my cousin involved in the business. They are both excited to be on board. I work both businesses but lately I’ve been much more focused on the marketing side of the business. 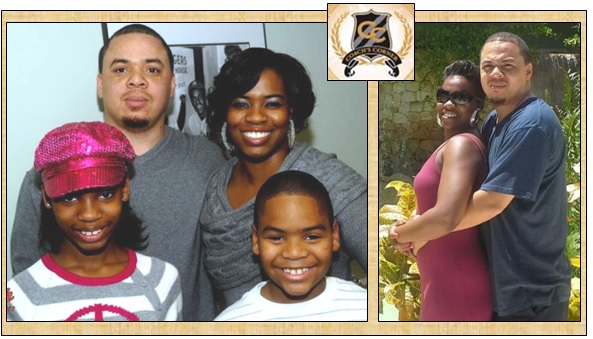 My own successes include becoming a part of the elite Coach’s Corner and I double bonused last week which was very exciting. In the process we’ve had three people in my downline become 3 & Free and made 2 PowerTeam Leaders. I see that as an accomplishment as well.

I was able to achieve Coach’s Corner by making it a goal, setting a game plan with my PTL Angelita Byrd and being accountable. We have weekly calls to discuss progress and next steps, including goals for my team, who also wanted to see me reach the goal. We all worked together tirelessly to make it happen. The goal was to hit CC by July 31st, so we scheduled Travel Parties for our team. The end of June and the entire month of July was booked every weekend on my calendar. We were doing two parties a day, plus Thursday and Friday evenings! We were sending out the 60mba to everyone we knew and getting them on the 3-way calls.

So we were already building momentum when we got the word about the $99 startup and at that point we just could not contain ourselves. The first day our team brought in 32 new CEOs. And we are making numerous CEOs daily under this promotion. Our team, under the leadership of Coach Angelita Byrd, has made 90 new CEOs in sic days. We are ecstatic about the new YTB and the 2 Giants. The $99 promotion is making it much easier to help people become financially independent.

In order to reach your goals, they must be written down and dated. Tell someone what that goal is; they can help you to be accountable. Then you have to focus on that goal and make some sacrifices to get to it. Get out of your comfort zone. I got comfortable with being uncomfortable. Listen to your leader. They are where they are for a reason. Just like you are being taught, someone taught them too. Be open to what they say; they’ve been where you are and won’t tell you anything that will hinder you. Then you have to BELIEVE in yourself. IF you believe you can do something you will.

The YTB Way has made my business SO much easier. I don’t have to speak too much in front of people and remember every aspect because the DVD has it all there for me. I also don’t have to track people down about when they can be at a computer because the video can be played from their phone — so they don’t have an excuse not to watch it. It’s been a fantastic tool and it gets utilized daily. YTB has already impacted my financial future – we are adding at least $500 a month in extra income. This month it’s been over $1,500. I’m looking forward to see what the future brings in YTB. I’m so excited about the possibilities.”